How to reach Bologna 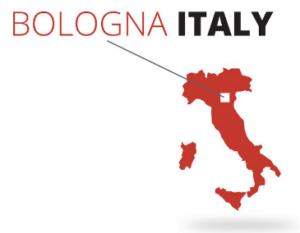 Aerobus is a shuttle service run by TPER, Bologna’s local transport company, connecting Bologna Airport with the city centre and the railway station. It runs every 11 minutes every day of the year, making it the most convenient way to reach the city centre.

One-way ticket from/to the Airport € 6.00. Tickets can be purchased directly on this website, from the automatic vending machines located in the airport, and in Bologna at the Central Railway Station (at the Aerobus departure point) or at the TPER ticket offices.

Only tickets specifically valid for Aerobus may be used; regular TPER tickets and passes are not valid on Aerobus. A ticket is good for a single trip on Aerobus from/to the airport, and must be validated upon boarding.

The ticket can also be used on all public transport in the Bologna urban area within its 75 minutes of validity, validating it each time you board (if you want to travel on other city buses, electronic tickets must be converted before boarding. See below for further information).

Children below 1 metre of height ride free of charge.

By train:
Bologna Centrale Train Station
For its strategic geographic location – at the junction between the south and the north of ltaly – and because of numerous and frequent connections, Bologna is the one of the main ltalian railway destinations.
Address: Piazza Medaglie d’Oro 2, 40121 Bologna, ltaly
Opening time: the station is open every day, 24 hours a day. The ticket office is open daily from 6 a.m. to 9 p.m. Automatic ticket machines operating 24h/day are also available on the station premises.
For train reservations visit:www.trenitalia.com and www.italotreno.it

By car:
Several of the main ltalian highways converge upon Bologna. Thus, Bologna can be easily and quickly reached by car from most ltalian cities and from abroad.
For more information and traffic updates please visit: www.autostrade.it